Business success is determined by its ability to consider commercial efficiency not as the only significant goal, but as the basis for its "mental" development. Such development dictates the need to invest not only in economically profitable projects, but also in improving management and production standards, strengthening reputation. The result of this is energy efficiency, environmental friendliness, production safety, development and implementation of innovative solutions and technologies, creation of comfortable working conditions and social security of personnel, support of communities in the territory of presence.

Social activity has always been for DMS Financial and Industrial Corporation an integral part of the company's mission and its business strategy, an important direction of management: enterprises of the Corporation created their own and supported existing social programs in Donetsk and Donetsk region. The system work was carried out in three main directions: popularization of sport and healthy way of life among children, teenagers and youth, rendering assistance to children deprived of parental care, support of pensioners and participants of the Second World War.

In 2014, the Corporation had to suspend its social programs in Donetsk and the Donetsk region. But the valuable experience accumulated over the years of systematic work on the implementation of initiatives aimed at supporting and developing children, youth and assistance to vulnerable categories of citizens, will certainly find application in the territory of today's business presence, and, of course, in Donetsk - when the Ukrainian flag will return to the city.

More about it - in Photogallery

The institution has been working in Donetsk since 1973 - children aged 3 to 7 years are brought up here. For more than 40 years this place has become a real home for thousands of young Donchans deprived of parental care.

Taking care of children from orphanage #1 in Kuibyshevsky district of Donetsk for many years remained one of the priority directions of wide social activity of the Corporation. The business saw its main task not only in material aid to the orphanage, but also in drawing public attention to the problems of orphans and children deprived of parental care. DMS management supported all initiatives of the institution's staff aimed at improvement of children's living conditions, intellectual and cultural development of children, organization of high-quality leisure and health improvement.

Donetsk regional federation of hand-to-hand fight (DOFRB) is registered in 2002, in 2006 its president became Andrey Alesha, and the constant partner - Financial and industrial corporation DMS. For a short time DOFRB managed to win the title of the best in Ukraine and the right to be represented at international competitions as part of the national team by the largest number of athletes. The tasks of the federation included the development of sports talent of its participants, recovery and quality preparation for the competitions, including during the training camp, which was held on the Black Sea coast, as well as teambuilding and joint leisure of athletes.

From 2006 to 2014, DOFRB pupils won numerous awards at national, European and world championships.

In 2007 the Federation launched the program "Knowledge, Health, Power": the initiative to create free hand-to-hand combat sections in secondary schools of Donetsk region belongs to Andrey Alyosha. Children were trained by masters of sports and champions of Ukraine, Europe and the world in hand-to-hand combat and martial arts. Due to financial support of DMS Corporation all school sections were provided with necessary sports equipment and protective equipment. Also on the basis of schools were held qualifying tournaments, which served as a springboard for talented children to participate in the Federation. 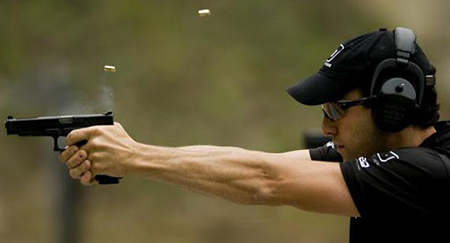 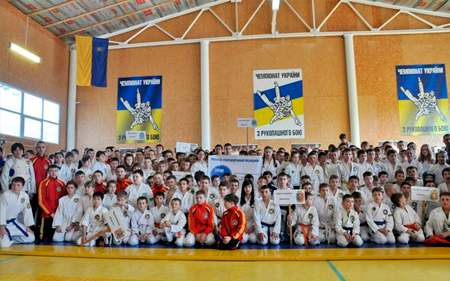 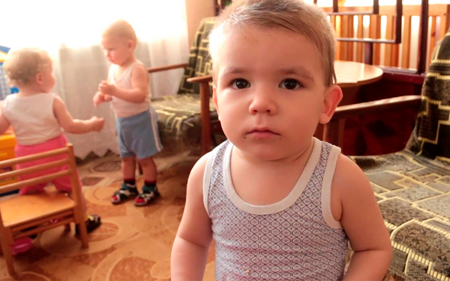 Orphanage No. 1 in the City of Donetsk 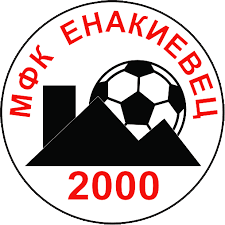