Press center News President of DMS Corporation took part in the grand opening of a sports complex for the National Guard of Ukraine
24.05.2021

On May 22, in Novy Petrivtsi, on the territory of military unit 3027 of the National Guard of Ukraine, the grand opening of a large-scale sports complex for NSU servicemen took place. The main contractor for this construction project was BCG "Basis", which is a part of the financial and industrial Corporation DMS. 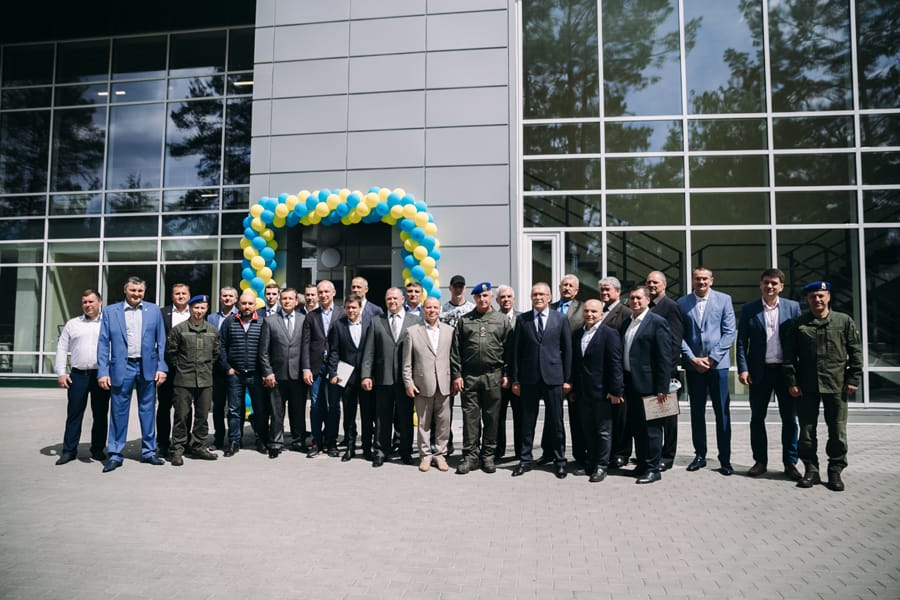 The opening of the complex was attended by First Deputy Minister of Internal Affairs of Ukraine Serhiy Yarovoy, Commander of the National Guard Colonel-General Nikolai Balan, officers of the Main Directorate of NSU, commanders of military units of the Kiev garrison of NSU, presidents of various sports associations and federations of Ukraine, partners of the National Guard of Ukraine, including the head BKG "Basis" Evgeny Smirnov and President of DMS Corporation Andrey Alyosha.

During the celebrations timed to coincide with the opening of the sports complex, the top management of BKG "Basis" received an official gratitude from the command of the National Guard of Ukraine, as well as a distinction in the form of wristwatches from the Ministry of Internal Affairs.

The participants of the event noted that this is the first sports complex of this scale for the National Guard of Ukraine. The total area of ​​the facility is 4100 square meters; more than 250 people can be accommodated in the hall at the same time.

This complex can be conditionally divided into two areas, namely playgrounds and areas for military-applied sports. 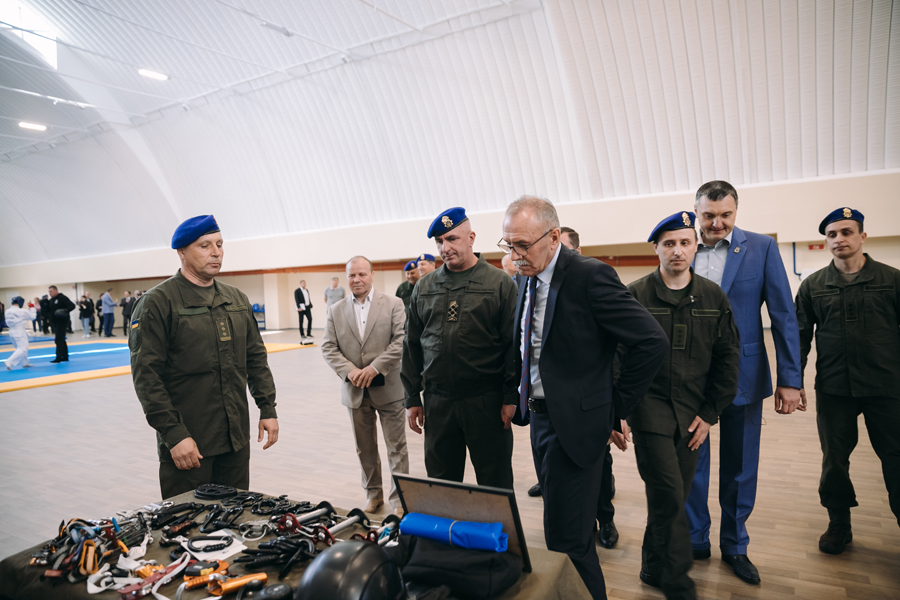 The complex includes the following halls: a universal game room, a mountain training room, a gym, a fitness room, a wrestling and martial arts room, four changing rooms, bathrooms with showers, a room for hydrothermal procedures and methodological classes.

There is also a 70-meter treadmill for training and taking off-site speed training for personnel in the winter season (elements of an obstacle course).

In addition, if necessary, the hall can be re-equipped for holding competitions in various directions. It can be sambo wrestling, hand-to-hand combat. It is also possible to organize sports events involving a large number of participants.

The physical culture complex will work for additional training of Ukrainian military personnel, sports, interdepartmental sports competitions and within the framework of the National Guard.

The main task of this hall is the military-applied training of the personnel of the National Guard of Ukraine.