The basis of the top are the results of Ukrainian championships among adults and youths, the European Championship and the Cup of Ukraine. As a result, Donetsk regional Federation of hand-to-hand fighting entrenched on the second place. Earlier, according to the results of 2008-2009 Federation of Donetsk region consolidated as the best in Ukraine.

"During 2010-2011  we were actively updating "combat" and coaching staff. Interest in fighting is rising, the sections in Donetsk region and engaging in more guys. Many of them with good potential and, more important, serious intentions in the sport. We need to give these children the opportunity to compete and advance in our form to the highest step of the podium , " - said the president of DRFHtHF Andrey Alesha.

So, after national competitions in 2011 Donetsk region became the second, periodically yielding to Dnepropetrovsk and Kiev region. "Silver" by the results of the European Championship also went to DRFHtHF: our athletes have brought to our football team of Ukraine 8 medals, including three "gold". It also allowed Alexei Smirnov (Donetsk) and Pavel Snigur ( Thorez ) to enter top-10 national ranking athletes melee .

Individual chart in the National Federation accounted for coaching and teaching staff. Coaches of  DRFHtHF occupy 20 positions out of 96.

"A lot of young coaches of Donetsk Region entered hit rating of National Federation of hand-to-hand Fighting, some of them - are active athletes. In our opinion, this is a good result, which objectively reflects the capabilities and experience, and knowledge and talent, and enthusiasm, "- says Victor Kretov DRFHtHF director .

They say that for the conservation and development of the regional school,  continuity of generations - is one of the basic conditions. "Today there are new leaders - for example in Mariupol competition among local schools increases. This gives us better results at regional level and a strong presence in Ukraine and abroad ", - said Andrey Alesha , member of the Standing Committee on Family, Youth and Sports of the Donetsk city council.

"During 2011 regional competitions conducted as open championships and cups, because today the representatives of neighboring regions are interested in having competitions in Donetsk. Among those who go to the mat are also representatives from Dnepropetrovsk school, the strongest school in Ukraine  (2011). And it means that we are on the right track , "- said the director Victor Kretov . 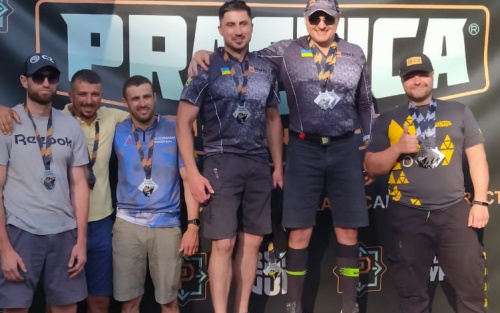 The second stage of the Ukrainian Practical Shooting Cup: the results of DMS team

What will the domestic urban planning after the SACI reform be like: BuildPortal review