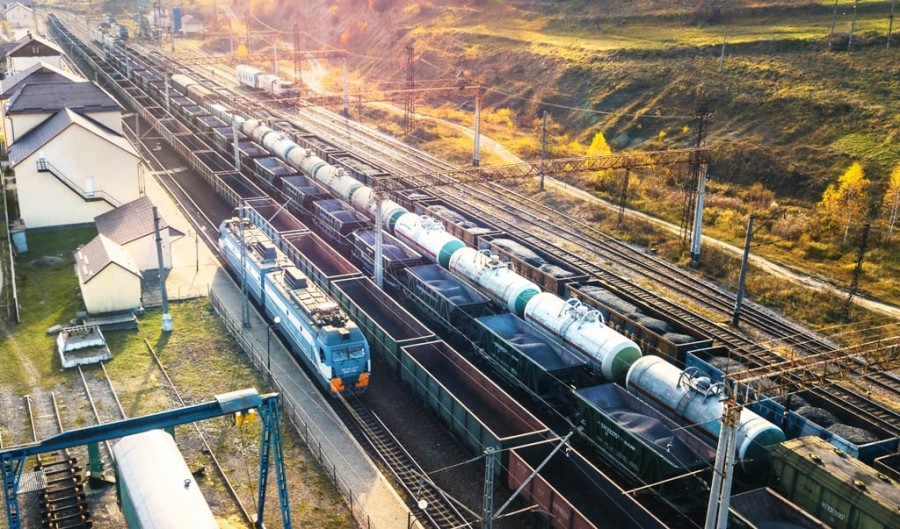 According to experts, the planned increase in railway tariffs for freight transportation by the Cabinet of Ministers may increase the load on road transport and road infrastructure, as well as increase prices for final products in the energy and construction sectors.

This opinion was expressed by representatives of core business segments at a press conference at the Interfax-Ukraine agency.

As reported, earlier in July, the Ministry of Infrastructure of Ukraine published a draft order on a two-stage increase in tariffs for cargo transportation of a group of goods of 1 and 2 tariff classes from September-2021 by 8%, and from January 2022 - by 20.4% and 6.5%, respectively.

Ukrzaliznytsia, as a monopoly carrier, is once again simply raising tariffs. What will this mean for the cement industry: firstly, the prices for the transportation of coal will rise, and secondly, the prices for the transportation of raw materials and additions to cement will rise. Thirdly, prices will rise directly for the final product for the consumer ", - said the executive director of the Association of Cement Producers of Ukraine (" Ukrcement ") Lyudmila Kripka

According to preliminary estimates of the association, such an increase in tariffs will affect both the cost of cement and the final product for the consumer by about 5-8%, which, in turn, will increase the cost of construction projects.

At the same time, Kripka noted that Ukrzaliznytsia may not receive the expected income from the increase in tariffs due to the transfer of the logistics of enterprises to the segment of road transportation.

"As a result, Ukrzaliznytsia will not receive income, but the load on road transport will increase," she said.

Vladimir Gusak, General Director of the Federation of Transport Employers of Ukraine, agrees with this forecast. According to him, Ukrzaliznytsia will not be able to implement the plan to receive about UAH 2 billion by the end of this year from the increase in freight rates.

“This money will not exist, since we will see an accelerated departure of Ukrzaliznytsia's clients, first of all, to highways. This trend has been observed for several years (...) Due to the reorientation of goods to highways, there will be an additional load, the roads will collapse faster. there is no effect from the implementation of the program of the President of Ukraine "Big Construction", - he stated.

In addition, Gusak added, due to the rise in the cost of transportation of building materials - crushed stone, cement - the volume of "Big Construction" will also be reduced.

At the same time, the maintenance of low prices in the passenger segment and an increase in the cost of cargo transportation will ultimately lead to an increase in tariffs in the energy sector, says Sergey Chekh, Deputy Chairman of the Federation of Employers of the Fuel and Energy Complex of Ukraine.

"What will the implementation of this order (of the Ministry of Infrastructure - IF) mean for us, power engineers? This is" plus "UAH 40-50 per ton of transported coal and about 3% growth in the cost of electricity at the exit from the thermal station," he said.

Experts emphasize that for the effective development of the railway transportation market, it is necessary to ensure equal competitive conditions, implement projects for the use of private locomotives, and update legislation in this area. In addition, it is necessary to update the management and supervisory board of Ukrzaliznytsia for effective management, to carry out its reform in accordance with the government's plans.